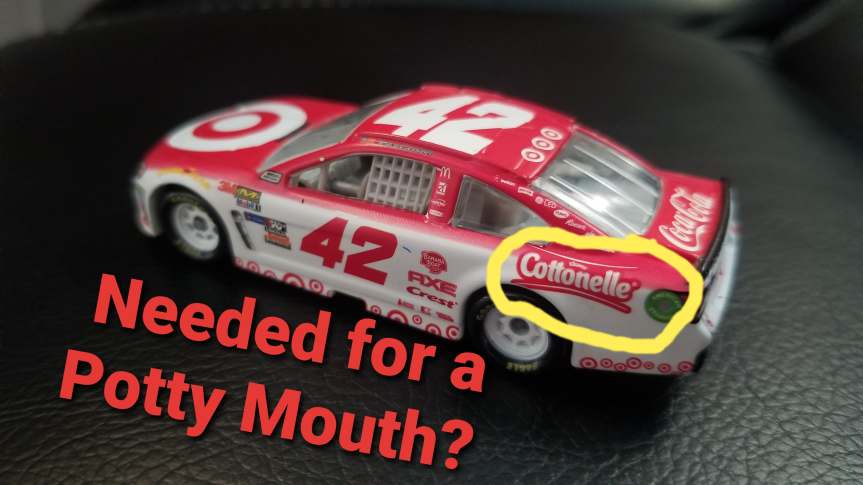 Breaking over the weekend is the news that Kyle Larson, driver of the number 42 Chevrolet Camaro for Chip Ganassi Racing, has recently been suspended indefinitely, without pay, for using a racial slur in an iRacing event on Sunday evening.

I do not support cursing, vulgar, or derogatory language. That is uncalled for and shouldn’t be used in any circumstances. While I don’t support that or do that, I know that race car drivers, under pressure tend to spout things off. Radioactive clips have lots of bleeps. If you go to a race, you can hear many things live on scanners between drivers and crew. While, they might use specific words that Kyle used, they still use foul language. When is NASCAR going to start holding the drivers accountable for what is said on their radios during a race? Clearly it matters to them when words are said outside of their jurisdiction. Maybe they should work on cleaning up their own mess? Again, I do not support what Kyle said. I am just trying to state that the issue at hand is in NASCAR already, it just has been emphasized by this circumstance.

NASCAR has their driver for diversity program and it doesn’t look good for them and their image when the two most current drivers in the news are ones that NASCAR is trying to increase the amount of and appeal to fan based wise. Then there is the whole is this a video game or not debate. Maybe we just need to get back to real racing as soon as possible because it seems like iRacing is hurting NASCAR more than helping. We won’t have a whole lot of drivers or sponsors left, regardless of the worldwide pandemic issues that are already making things difficult.

The small, sad ending to all of this is that, it is said that Kyle didn’t even know he was invited to the race on Sunday and he wasn’t quite sure if he was going to even attend the race. He said he was most likely going to be spending time with family. At this point, I am pretty sure he wishes he had just stuck to family instead of getting on to go race.