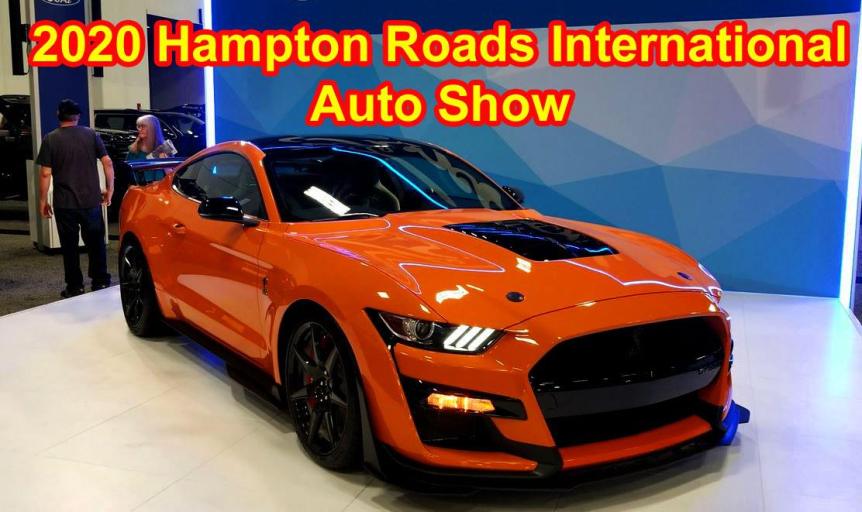 As the world in 2020 has become one of social distancing and avoiding large gatherings at almost any cost, the automotive world has had to resort to almost entirely of virtual auto shows and vehicle debuts. The trend of not physically participating in auto shows has been a steady trend over the last 5 years. However, this year has given manufacturers an easy out, with no excuse necessary of why not to attend, because there is nothing to attend.

When the internet became really big, and information was almost instantaneously communicated to millions, that started the clock on the end of auto shows. Auto manufacturers have started pulling further and further out of auto shows. The time and money it takes to set all of the sensory stimulating displays and participate in them is expensive and time consuming.

Even with all of those reasons, I think that auto shows should remain. If the world can get back to some sort of formal normal large group gatherings, there is a benefit to an auto show that there is a captive audience that wants to be there. They are there to experience everything about the vehicle and the display. Those things are very valuable. Auto manufacturers throughout the years have created displays with specific lighting, colors, ergonomics, sounds, and even smells to distinguish their brand from all the others at the show and draw people to their booth for the experience! Buick one time even went so far as to hire a chef and did a live cooking show at their booth where they fed a select number of attendees!

Auto shows are nice as well, because you can sit in vehicles and try them out and compare them to other vehicles in the brand, or others, in a NO SELL ENVIROMENT. That is one of the biggest reasons to have an auto show. Potential customers can compare your vehicle to others all at once, without having to feel like they are prey for sales department workers to cash in on.

Along with that, I am 6’4″ and it is very important for me to sit in cars to make sure I can see out of them before I would ever consider purchasing them. I don’t buy new because I do not have the funds, but even still, I would sit in brand new cars at auto shows, to know what I might want to get in the future on the used market.

Although the internet is cool, virtual debuts can be confusing! The Ford Bronco debut was a bit of a mess. There were supposed to be 3 short films debuting it on 3 different cable channels, at roughly 8 pm, but then Ford debuted a “live” video at 7 PM. But, it was simply just a video. There was nothing “live” about it. It was a pretty big let down to me.

The Ram TRX went, although it was a virtual debut, took a more traditional auto show approach, having product specialists speak about the vehicle live on a stage in Detroit while the truck was being demonstrated both on stage and in video. It was a good combination of blending new virtual technologies, with traditional auto show elements. I wish I could have been there, and hopefully someday automotive media can once again return to these debuts.

I did enjoy many auto shows in Detroit, New York, and Hampton Roads as I possibly could when they were still around. They will be memories I will cherish forever. Hopefully I will be able to attend and experience them once again because there are so many vehicles I want to see in person. But, with the way things are going, that time might not ever come.

There is something incredibly powerful about the color a car is launched in. Seeing a car displayed at an auto show for the first time can have a magnetic effect. A car that always sticks out to me is the 2014 Infiniti Q50 Eau Rouge Concept I was able to see at the Detroit Auto Show. A photo of it is shown above. The red paint that covered that car had me mesmerized and the camera cannot capture how stunning the color really is. If I were ever to buy an Infinity, it will be in that color.

Other notable cars are in specific colors are a Honda S200 in yellow, a Volvo S60 or C30 in Polestar Blue, a Nissan Xterra in yellow (although red has grown on me), a Cadillac CTS-V in Black Diamond, the original Ford Raptor in Orange, the Lamborghini Huracan in Green and Aventador in Orange, there are countless cars that the color they are debuted in are the ones I find most appealing. But, that isn’t always the case because some cars are launched in multiple colors or a specific special edition colors, which are some of the examples mentioned above. A notable example of that is the Toyota 4Runner or Tacoma in TRD specific Cavalry Blue.

These colors are sometimes what I associate to cars in diecast as well. I tend to gravitate towards realistic models of Hot Wheels and Matchbox cars, especially when they are in the color debuted by the original manufacturer. Not all colors are captured well by diecast makers though. The Hot Wheels McLaren Senna does not quite match the color I have seen pictures of. Other times, maybe due to reasons like scale or proprietary information, the diecast car color is not exactly the color on the real-life car, but to the eyes and brain, it looks the same. It is a fascinating effect.

This topic has such depth to it and there are countless more stories of my fascination with cars and colors, that I could fill countless more blogs. If you have any stories related to this topic, I would love to hear it. Feel free to leave a comment if you feel the same way or have any cars you enjoy in a specific color.